Quick Tutorial: How To Code Trading Strategies in C

Strategy coding (or programming) is the act of writing the rules of a trading system in code. That's a sort of simplified language. Theoretically there could be other ways to define trading rules, for instance with a visual "strategy builder", or by entering formulas in a spreadsheet program. But only rather simple strategies can be created this way, with little success chances in today's markets. All known successful algorithmic strategies today have been written in code - sometimes not even with a trading platform, but directly coded in a programming language such as C, C++, or Python.

The obvious problem of code is that you must learn coding. Even when you order your strategy from a professional service (see Development Service), it's a lot better when you're able to understand and modify the received script. You don't need to dive deeply into programming - that would take more than a few days - but a certain learning process can't be avoided. If you want to be successful with algorithmic trading, you'll compete with trading firms and private traders that already know coding. 9 of the 10 richest traders are programmers. Code illiteracy puts you at a large disadvantage in the trading game.

A simple strategy script, coded in the language C, looks as below. This strategy uses two moving averages (SMA) of the Close price with 30 and 100 bars time periods, places a stop at 10 pips distance, and reverses the position every time when the faster average crosses over or under the slower average:

C is used for strategy scripts because it's the fastest high-level language. A script in C will need only a few seconds for a high-resolution backtest. The same script in R or Python could need hours. Most software today is written in C or C++, and most trading platforms use C or a C variant for automated trading. Zorro gives you the choice to develop strategy scripts either in lite-C, a 'lightweight' version of the C programming language, or in 'full' C++ using a full scale development system such as Microsoft Visual Studio™.

The lite-C compiler does not require a linkage process and thus compiles and starts a script 'on the fly'. It also includes a framework that hides away the complex stuff - like API calls, pointers, structs, etc. - that is difficult to beginners. It was originally developed for the computer game company Atari for controlling the artificial intelligence of agents in computer games. As you can imagine, a language powerful enough to control simultaneously ten thousands of agents in a virtual world is an excellent choice for trading strategies. Since most languages have a similar structure, after learning lite-C you'll also be able to understand simple code in Python, Pascal, or Tradestation's EasyLanguage, even though the latter declares a variable not with var x = 7, but with Vars: x(7).

The following workshops give a quick overview to coding and strategy programming. For a more in-depth introduction, read the Black Book or register for the next Algo Bootcamp.

The example strategies are for educational purposes only and designed for simplicity, not for maximum profit and minimum risk. For trading with real money, better develop your own strategies.

A script (or program) is a list of instructions in plain text format that tell the computer what to do under which circumstances. It consists of two types of objects, variables and functions. A variable is used to store numbers, text, or other information. It must be defined before it can be used, like this:

Variables can have different types for different purposes, such as var (or double) for prices, vars for a time series, int for counting, or string for text. You can find details about the different types here. Any variable can receive an initial value at start.

We can add comments to explain our code, using two slashes:

int bar_width; // the width of one bar in minutes

Often we temporarily disable a line in the script by placing two slashes in front of it. This is called "commenting out" a line, and is used so frequently in programming that the script editor has two extra buttons for commenting out and commenting in.

Every definition or any command in C needs to end with a semicolon. If you forget to add ";" at the end of the line of code, you'll see an error message - not for the line with the missing semicolon, but for the following line!

Start Zorro, select Workshop1 in the Script dropdown menu, then press [Edit]. The script editor opens up and shows you this script:

The script begins with a comment (the lines beginning with //). Then we have a function named main - anything that happens in a program must be inside a function - and three variables a, b, c. The action happens in the following line:

Functions can be defined using the word function (or void, or a variable type, more about that later) followed by the name of the function and a pair of parentheses ( ). The parentheses are used to pass additional variables to the function, if required. The body of the function is written inside a pair of curly brackets { }. The body consists of one or more lines of C code that end with a semicolon. Programmers usually indent the code in the function body by some spaces or a tab, for making clear that it is inside something.

Most Zorro scripts follow the convention to use lowercase names for functions (except for common indicators such as EMA), 'CamelCase' names for variables (except for 1-letter variables with no particular meaning, such as a,b,c), and UPPERCASE for predefined numbers. An example of a function that computes the number of days spent by me (or you) on Earth:

Enter this code in a new empty script, and save it (File / Save As) into the Strategy folder under a name like Myscript.c (don't forget the ".c" at the end - it means that this file contains C code). You should now find Myscript in the Script scrollbox. When you now select it and click [Test], you 'll get an error message "No main or run function!".

If a function is named main, it will automatically start when we start the script. The function named run is special to Zorro; it normally contains our trade strategy and is automatically run once for every bar period. If a script has neither a main nor a run function, Zorro assumes that you made a mistake and will give you this error message.

So enter a main function at the end of the script:

This code calls (meaning it executes) our compute_days function. Any function can be called from another function, here from the main() function. For calling a function, we write its name followed by a pair of parenthesis and the ubiquitous semicolon. Write the code for your functions first and and the code that calls them later. The computer reads code from the top of the script down to the bottom, line by line. Don't call or refer to something that was not defined before, or else you will get an error message.

You will still often encounter compiler errors when you write scripts - even experienced programmers make little mistakes all the time. Sometimes it's a forgotten definition, sometimes a missing semicolon or bracket. Get used to compiler errors and don't be helpless when you see one. The computer (usually) tells you what's wrong and at which line in the script, so you won't need rocket science for fixing it.

Passing variables to and from functions

A function can also get variables or values from the calling function, use them for its calculation, and give the resulting value back in return. Example:

The var age between the parentheses is for passing a value to the function. This is our new script with passing variables to and from functions:

When a function returns a var, we can just place a call to this function in stead of the var itself - even inside the parentheses of another function. We'll save one variable and one line of script this way::

!!  Important tip when you call functions in your code that return something. Do not forget the parentheses - especially when the parameter list is empty! In C, a function name without parentheses means the address of that function in the computer memory. x = add_numbers; and x = add_numbers(); are both valid syntax and normally won't give an error message! But they are something entirely different.

You will use "if" statements when you want your script to make decisions - meaning that it behaves differently depending on some conditions, like user input, a random number, the result of a mathematical operation, a crossing of two indicators, etc. Here's the simplest form of the "if" statement:

When you click [Test] to run that script, you'll notice that the bottom slider gets the label "Profit". Move it all the way to the right, so that 200 appears in the small window, and click [Test] again. You can see that the result is now different. The slider() function has put its return value - which is the value from the bottom slider - into the MyProfit variable, and thus the if(..) condition became true as the value was bigger than 100. You can see details of the slider function in the manual.

An example of a "while loop":

The while statement has the same syntax as the if statement. A "loop" is called so because the program runs in a circle. Here's the form of a while loop:

Whatever those commands do, they must somehow affect the while condition, because when the condition never changes, we have an "infinite loop" that never ends! Run this in Zorro:

This little program adds 1 to the variable n, prints the variable to the message window, and repeats this until n is 10.

Loops are very useful when something has to be done repeatedly. For instance, when we want to execute the same trade algorithm several times, each time with a different asset. This way we can create a strategy that trades with a portfolio of assets.

We are now at the end of the basic workshops that teach general coding. But we haven't touched yet concepts such as macros, pointers, arrays, structs, classes, or the Windows API. You can learn 'real' programming beyond the scope of trade strategies with a C book or a free online C tutorial, such as Sam's Teach Yourself C in 24 Hours. You can also join the Gamestudio community that uses the lite-C language for programming small or large computer games. Check out how a 'real' C program looks like: open and run the included script Mandelbrot. It has nothing to do with trading and you will probably not understand yet much of the code inside. It is a normal Windows graphics program. Don't worry, trading strategies won't be this complicated - it just shows that programming can be a lot more fun even without earning money with it. 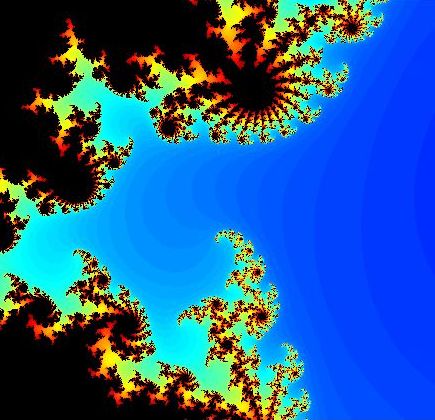 In the next workshops we'll begin developing trading strategies.